Monero’s privacy is its most appreciated feature. Here’s what it involves.

When you’re sending someone funds, they will not be able to tell where it came from unless you are sharing this info. When you tell a person your Monero wallet address to allow them to send money to you, no one else will know how many or if any payments at all have been previously sent to you. If a person sends you money twice, no one will be able to tell that the same person sent you two payments.

The people who are observing the Monero network will never be able to see the value of funds that are transferred because everything is anonymous.

Let’s say someone knew about specific anonymous funds that you are controlling. They will never be able to find out who you are actually spending those funds. They will not be able to tell who you send the funds to, just because it will seem to the world as if people are using your funds in their own transactions. This process is achieved via a cryptographic mechanism that’s called a ring signature.

Thanks to the un-traceability process other Monero users will randomly start to include you anonymously received crypto as a plausible source of funds in their very own deals. This looks to observers as if most people may have transacted with most other people. If someone were to make a list of who transacted with who, the answer would be: everyone transacted with everyone. Confusing, isn’t it?

All of this only highlights the importance of Monero’s design decision to maintain and enhance its un-traceability for all the transactions. If such a feature were optional that way it currently is with Bitcoin, for instance, things would stand differently, and anonymity would not be possible at such a high degree. With Monero, even if you are not sending or receiving money, from the outside, it looks as if you were participating in the transactions that are taking place. 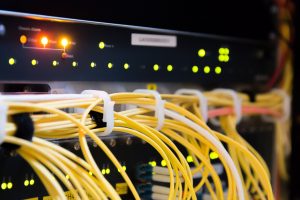 Bitcoin is designed in a totally different way, and it doesn’t meet any of the criteria described above. It’s not flaunting such requirements to be a private asset. Bitcoin doesn’t have stealth addresses. Bitcoin payments are very easily traceable to the senders’ address. More Bitcoin payments made to the same address can be linked unless the Bitcoin recipient creates new wallet addresses for each one of the transactions. Bitcoin outside observers will be able to see the amounts of all payments that are being made.

I2P stands for Invisible Internet project integration, and it will be implemented in the near future. This will protect you from passive network monitoring so that not only the payments that you’re making will be untraceable, but also the people who are snooping the network will not be able to tell whether you’re using Monero at all. This is the primary goal of the team behind Monero, and they think that the project is superior even to TOR thanks to its support for decentralized routing and asymmetric connections that are mitigating timing attacks.

One of the most impressive features regarding Monero is also the world-class research that goes into making sure that all privacy angles are being discovered and addressed afterwards. The Monero Research Lab includes voluntary researchers, academics, and scientists and most of their finding have already been implemented into the Monero codebase.